Suchitra Murali, commonly known by her stage name Suchitra, is an Indian film actress. Debuting in a lead role with the 1990 film No.20 Madras Mail at the age of 14, she has appeared mostly in Malayalam films as well as few films in Tamil.
Suchitra is born to Karunakaran and Usha. She has a sister Sumitra and a brother Deepu Karunakaran who works as a director. She had her primary education from Holy Angel’s Convent Trivandrum. Suchitra became a mainstream actress at a very young age when she was cast as the heroine in the film No.20 Madras Mail. She left the industry after her marriage to Murali in March 2002. The couple has a daughter Neha and is settled in the U.S. She has opened a dance school there called “Naatya Graha Dance Academy”. 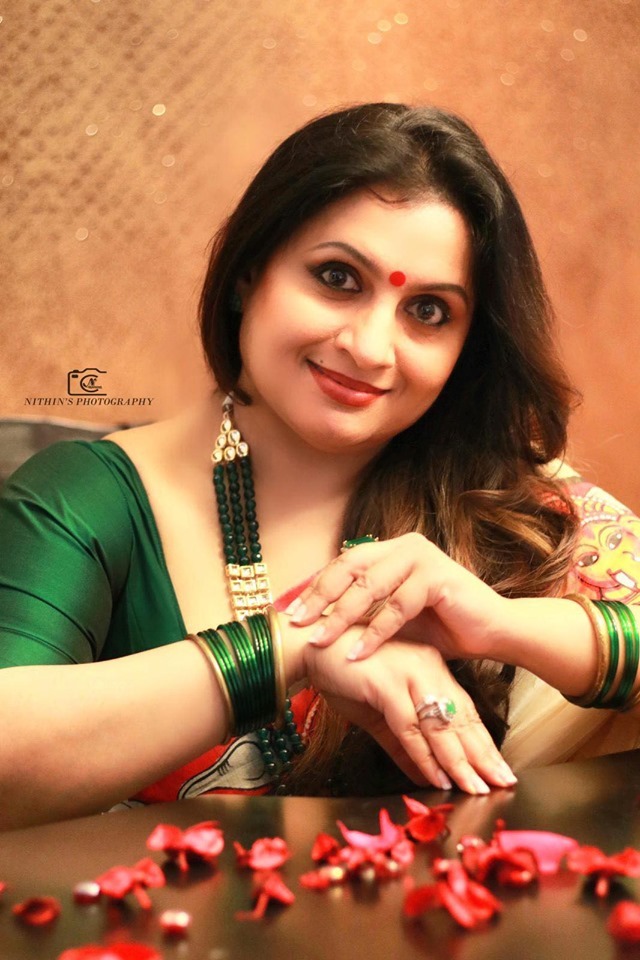