Nusrat Jahan is an Indian film actress who primarily works in Bengali films. She was born on January 8, 1990. She entered politics in 2019 and ran as a Trinamool Congress candidate from Basirhat. Raj Chakraborty’s Shotru was Jahan’s film debut. She then appeared in the film Khoka 420, under the banner Eskay Movies. Her other notable films include Khiladi, with Ankush Hazra, Sondhe Namar Agey, with Rahul Bose and Power, with Jeet under the banner of Shree Venkatesh Films. She is an elected Member of Parliament for Basirhat. 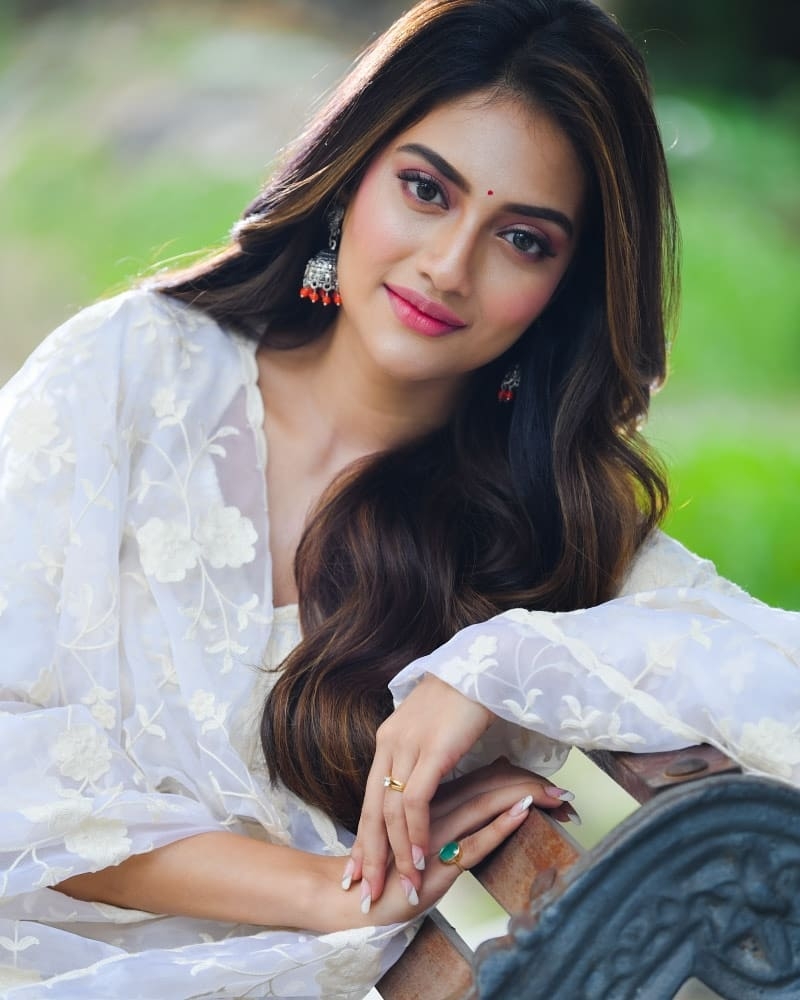 She started her modeling career after winning the beauty contest, Fair One Miss Kolkata in 2010. After that, she appeared in two item songs, namely “Chicken Tandoori” from Action and “Desi Chhori” from Yoddha – The Warrior, both of which were instant hits and became chartbusters. She was then seen in Sondhe Namar Agey, with co-star Rahul Bose. In 2015, she featured in the comedy film, Jamai 420, opposite Ankush Hazra, and an ensemble cast including Payel Sarkar, Mimi Chakraborty, Soham Chakraborty, and Hiran. On 12 March 2019, West Bengal Chief Minister and president of Trinamool Congress party Mamata Banerjee announced that Jahan would contest the upcoming general election of 2019 from Basirhat Lok Sabha Constituency. She emerged as the winner by a margin of 350,000 votes against BJP candidate Sayantan Basu.