Nithya Menen (born 8 April 1989) is an Indian film actress and playback singer. She primarily works in South Indian films, where she has established herself as a leading actress. She is the recipient of three Filmfare Awards for the Telugu films Gunde Jaari Gallanthayyinde, Malli Malli Idi Rani Roju and Mersal in Tamil. 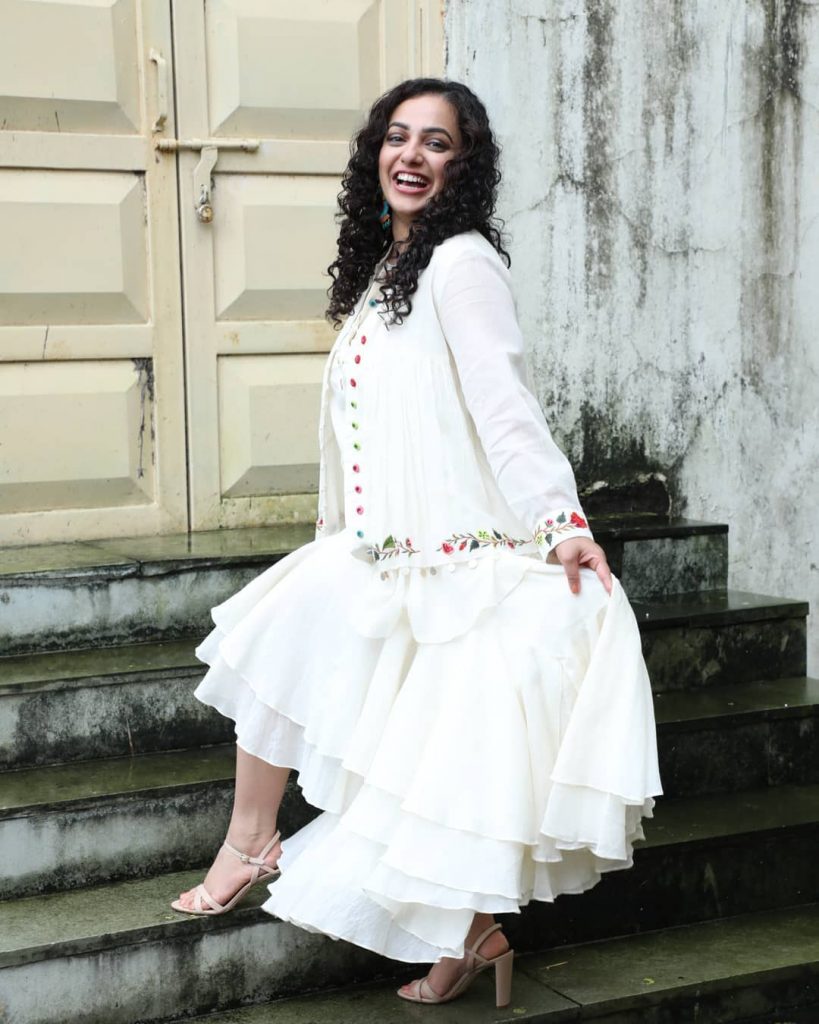