Kavitha Nair is an Indian film Actress, who has worked predominantly in the Malayalam movie industry. She has worked in popular movies like And The Oscar Goes To, Mukham Mootikal. Her previous film to hit the theatres was And The Oscar Goes To in the year 2019. And other movies are Apothecary (2014), 10 Kalpanakal (2016), and Mudhal Idam (2011). 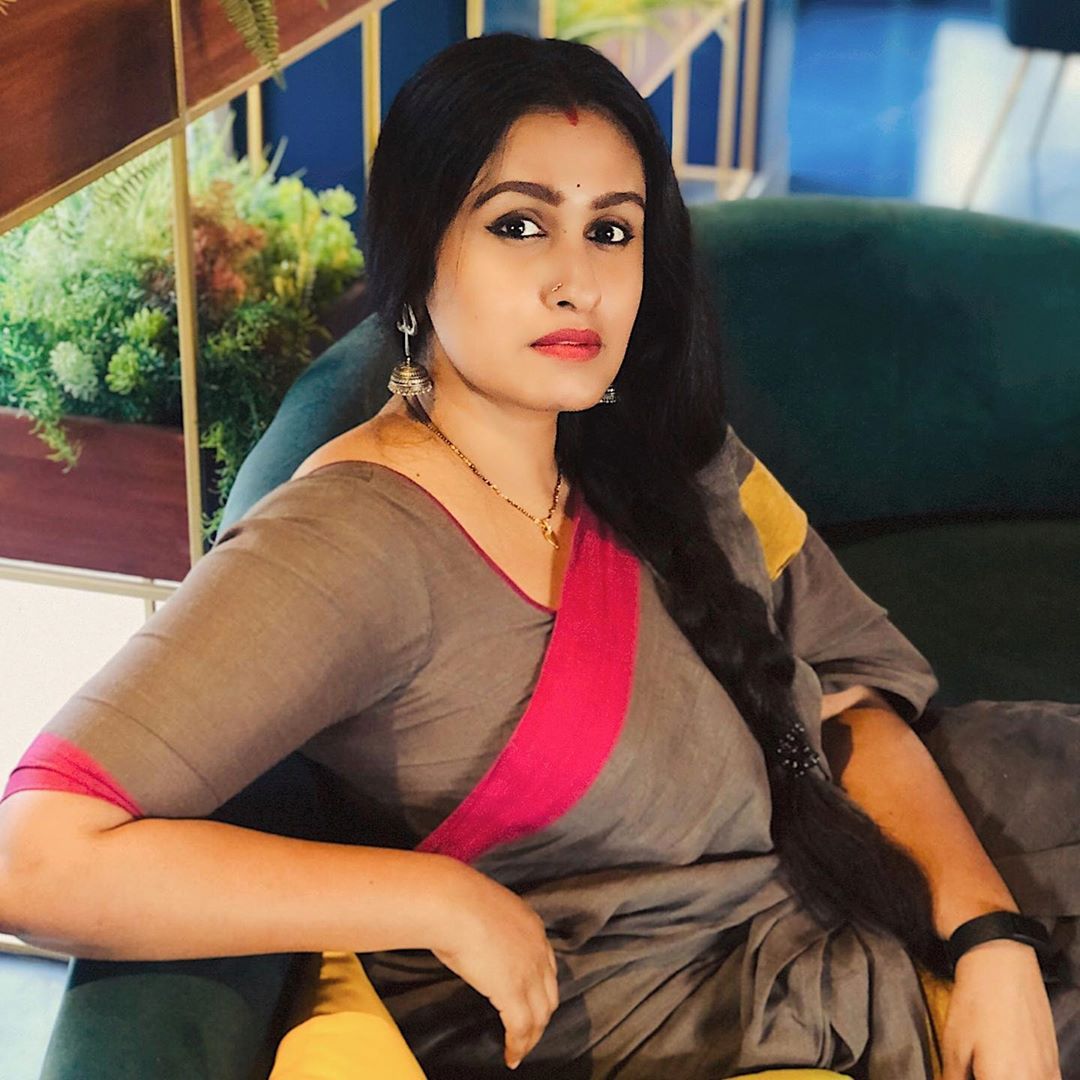 She started her career as a host with the TV show Ponpulari on Surya TV and went on to host several popular shows and award nights establishing herself as one of the best Television anchors in Malayalam. Meanwhile, she did a few TV serials of which her notable works include Vadakakkoru Hridayam, Ayalathe Sundari, and Thonnyaksharangal all directed by K.K. Rajeev.