Jyothika Saravanan (born October 18, 1977) is an Indian actress who is best known for her roles in Tamil films. She has also appeared in films in Kannada, Malayalam, Telugu, and Hindi. She made her Bollywood debut in Priyadarshan’s Hindi film Doli Saja Ke Rakhna. She played opposite Chiranjeevi in her first Tamil film Vaali and her first Telugu film Tagore. Jyothika received critical acclaim for her roles in Women-Centric Thriller Snegithiye, a blind woman in Perazhagan, Alter-egos Chandramukhi, and Ganga in Chandramukhi, and Strong & Bold Characters in June R and Vettaiyadu Villaiyadu. 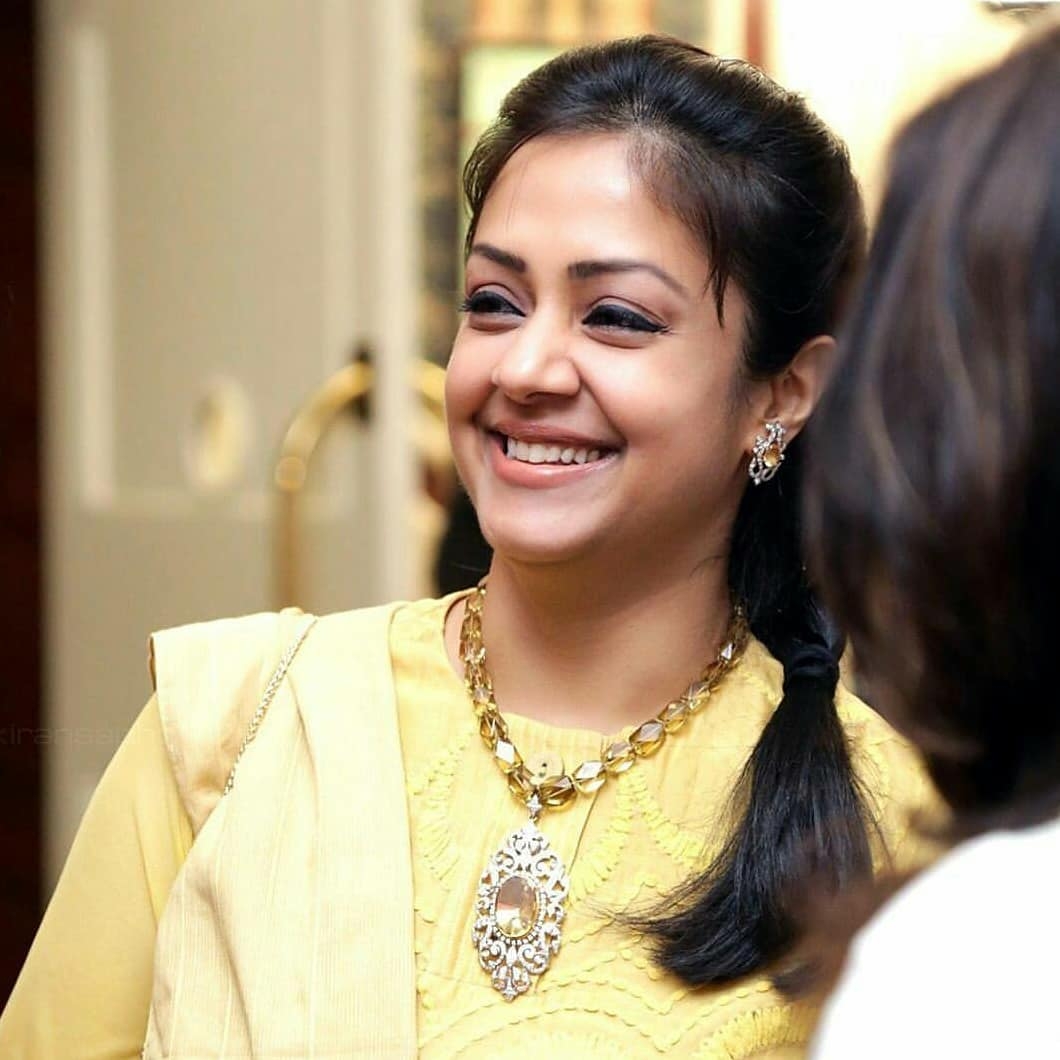 Jyothika left the industry at the height of her career, marrying Tamil actor Suriya on September 11, 2006, after being engaged for several years and appearing in seven films with him. She made a comeback in the film 36 Vayadhinile (2015), receiving positive reviews for her performance and winning the Filmfare Critics Award for Best Actress – South for the film. Following the success of 36 Vayadhinile, she starred in a number of female-centric films, including Magalir Mattum (2017), Naachiyaar (2018), Kaatrin Mozhi (2018), Raatchasi (2019), Ponmagal Vandhal (2020), and she also played the lead female role in Mani Ratnam’s multi-star Chekka Chivantha Vaanam (2018).