Charmy Kaur also spelled as Charmme or Charmi, (born 17 May 1988) is an Indian film actress, and producer and co-producer of Puri Connects, a production house along with media related events and marketing and designing and talent management company. She is well known for her works predominantly in Telugu cinema, as well as few Tamil, Malayalam, Kannada, and Bollywood films. She has appeared in more than forty films. Her most notable works include box office hits, such as Mass (2004), Anukokunda Oka Roju (2005), Lakshmi (2006) and Pournami (2006), for which her performance as a Kuchipudi dancer received positive reviews. Her next film, Rakhi (2006) was also a super hit. 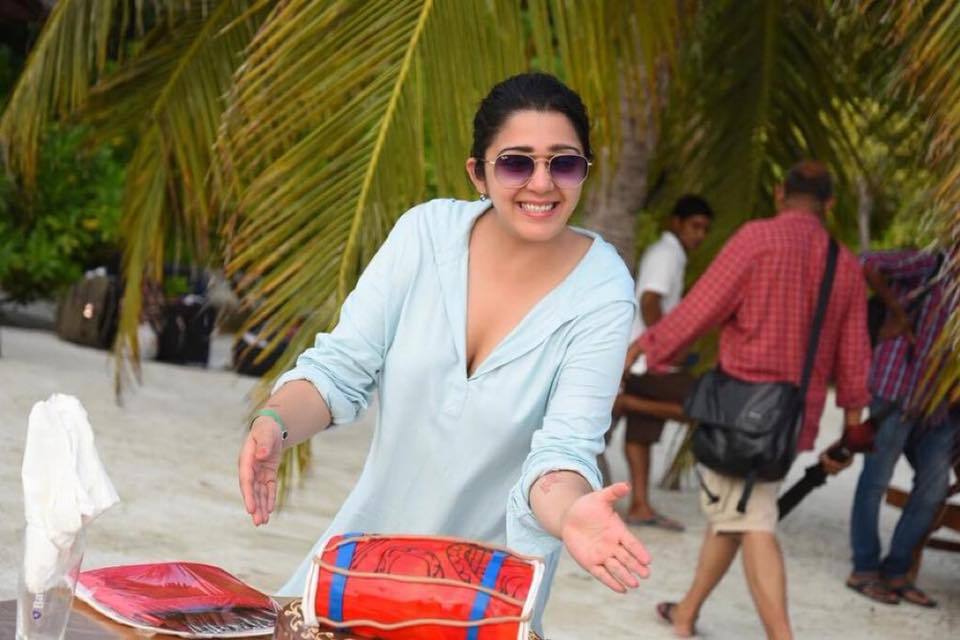